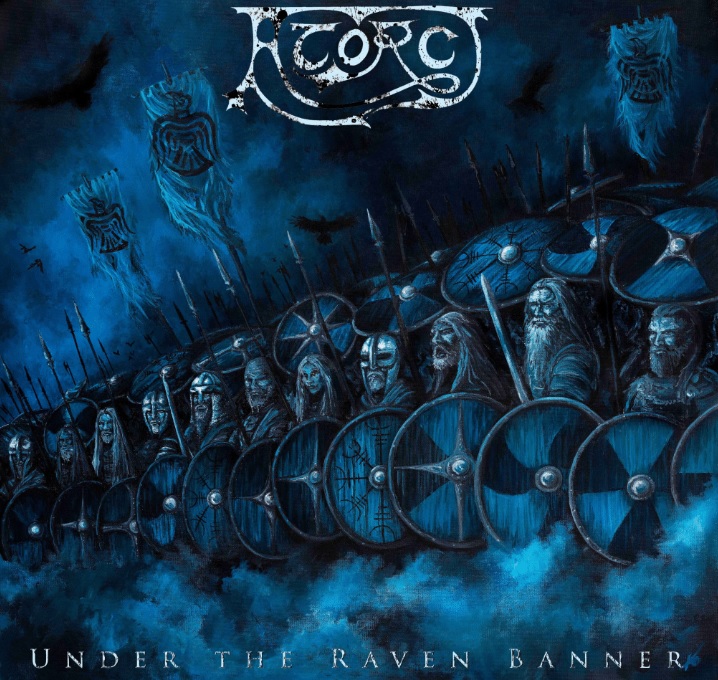 Formed in 2012, the battle-hardened folk-metal warriors, Atorc of East Anglia have become a force to be reckoned with on the UK metal circuit, sharing stages with the likes of Evil Scarecrow, Whispered, Manegram and Grimner they have alreadty recieved praise for their diverse sound and powerful live show.

Atorc are now ready to release their first full length studio album titled ‘Under The Raven Banner’ which was produced, mixed and mastered by Danny B of HVR Studios. Utilising soaring classic metal vocals alongside harsh growls, overfleet-fingered guitar and violin work and raging double bass drumming, the group’s musc has drawn comparisons to the likes of Ensiferum, Turisas, Iron Maiden, Bal Sagoth and Bathory. The group will be releasing their successfully crowd-funded debut album ‘Under The Raven Banner’.

Atorc have said: “We are excited to introduce to the fans a new chapter in the sagas of Atorc, as we battle together ‘Under The Raven Banner’. We are all very proud of what we have accomplished, ‘Under The Raven Banner’ represents the beginning of a new era for Atorc. This album features our best production and performances to date, and is packed with epic, anthemic songs – blending catchy folk-metal with black metal drum work and classic heavy metal vocas, while Huldra’s outstanding violin playing elevates the band’s sound to new heights that we know our heathen warriors will love to hear.”

Atorc will be performing on stage 2 at HRH Metal on Sunday 16th February 2019 with the likes of Trolfest and Decapitated headlining.