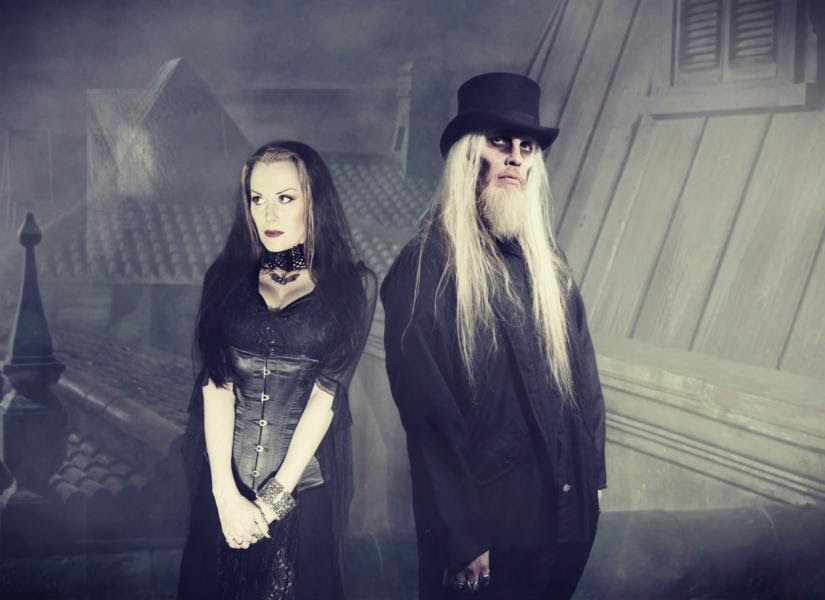 New Album The Summoning Out On June 28th –
Pre-Order HERE!

Two weeks before The Summoning will be unleashed, BLOODY HAMMERS release the third single and video “Let Sleeping Corpses Lie” from the new studio album. The Transylvania County based duo centered around mastermind Anders Manga draws the listener and viewer once again in a sinister and dark surrounding, that no band can evoke better in 2019 than BLOODY HAMMERS and their very own “Bloody Hammers Film Production”! Manga proves once more that he is the master of darkness!
Anders Manga on the video and the song:
“’Let Sleeping Corpses Lie’ was the first song I wrote for what has become The Summoning album. I really liked the song so it inspired all the rest of the material. We had fun with the video and clearly reflects our love of classic British horror.”
Watch “Let Sleeping Corpses Lie” HERE:
BLOODY HAMMERS deliver their fifth studio album entitled The Summoning on June 26th 2019 via Napalm Records! The U.S. duo has prepared a wonderfully creepy horror musical experience that pays homage to classic flicks such as Let Sleeping Corpses Lie (1974) and Now The Screaming Starts (1973). BLOODY HAMMERS’ idea of a soundtrack for your favorite video nasties holds some surprises on their upcoming record.
Pre-Order The Summoning HERE: