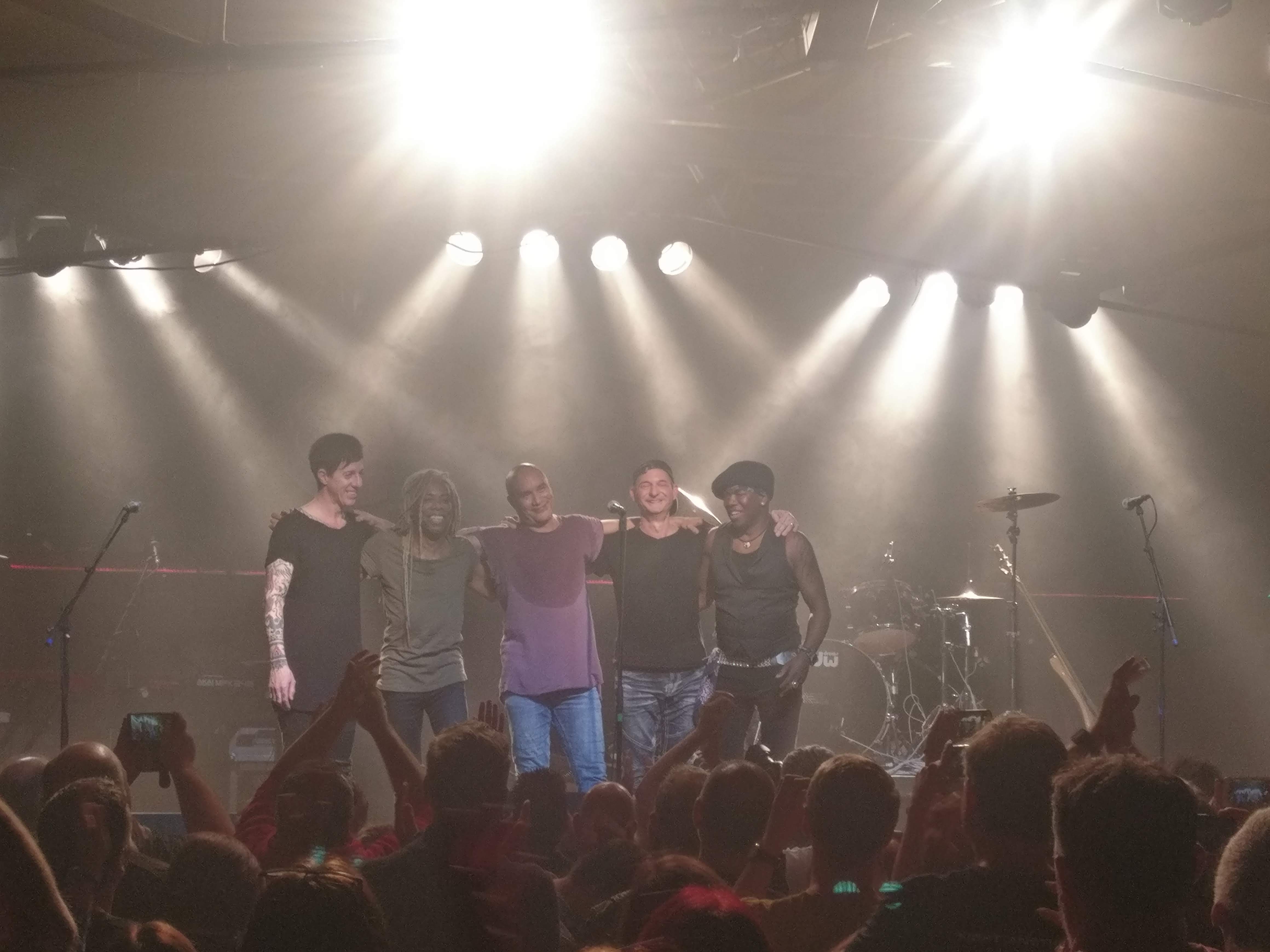 While many of the Midlands metal community were in Birmingham to watch the almighty Slayer, over at The Robin 2 in Bilston, US funk rock legends Dan Reed Network were kicking of their UK Tour (part of their ongoing resurgence since reforming in the early 2010s). I had neither listened to nor seen Dan Reed & Co. before I caught them at Steelhouse Festival 2018, and myself and the Midlands Metalheads Press Team were so impressed we named them our band of the day. Needless to say, I had been looking forward to this gig for a while. Supporting the band, and chosen by Mr Reed himself, were two up-and-coming UK rock acts: Mason Hill and Hollowstar.

I always feel bad for an opening band who have to play to a half empty room, but Hollowstar seemed more than happy with the turnout for their set, repeatedly thanking everyone who was there (particularly the ‘virgins’ to their show). Their straightforward, heavy blues rock kept everyone entertained and, given some of the faces the guitarist was pulling, the band were having a great time. Existing and new fans alike joined in for some singing and Hollowstar closed with their latest single, Let You Down, before leaving the stage looking like they have won over a few more fans.

After being introduced personally by Dan Reed, Mason Hill took to the stage in front of a much fuller room. Their first few tracks are all stomping hard rock tunes but, while enjoyable, just seem like the warm up for some of the slower songs that follow. These are where Mason Hill really shine. Both Where I Belong and Against The Wall are melodic, powerful and emotional and show off the incredible talent of their singer Scott Taylor. These are another band I saw at Steelhouse, and I was pleased to see the band put in just as much effort and enthusiasm for this show as they did for a mountaintop festival (even if I was worried Taylor might pop a vein on some choruses!). Given the people queuing to meet the band and buy their EP after they finished, I’m definitely not the only one Mason Hill have won over.

Kicking off with a clear statement of intent, Dan Reed Network took to the stage with crowd favourite Rock You All Night Long. What followed was close to two hours of infectious, down-to-earth fun, pure and simple. Most of the set were tracks from the groups first wave of releases. Funk rock classics such as Rainbow Child, Ritual and Tiger in a Dress were all performed to great reception, and none sounded out of place or dated next to songs written over two decades later such as Divided and Save the World (even if some of the older lyrics are a little cheesy). Hard rocking funk tune, Baby Now I, was broken up with a medley of songs ranging from Metallica to Frankie Goes To Hollywood, kicked off by slap bass solo from Melvin Brannon. All the songs are great on their own, but it was the (intentional or otherwise) mistakes and missteps that made the show more personal and entertaining. Whether it was Brannon breaking his bass strap locks, drummer Dan Pred forgetting his setlist or guitarist Brion James being berated for playing a solo in the wrong key, all these issues sparked short comedic interludes. Such was the laid-back atmosphere, and the friendliness and camaraderie emanating from the stage, that the crowd just laughed along and watched the results unfold. It is also the only time I have ever heard a frontman stop a band mid-song by announcing that ‘we’ve been doing this too long to sound that shitty…’, before making the band start the part again (all in good humour of course). After a triumphant performance of Ritual, the band ended with an unaccompanied vocal duet between Reed and James performing All My Lovin. This song seemed almost an impromptu afterthought as Reed had to call the guitarist back to the stage to sing with him, but it made for a very restrained yet touching end to the show.

With a new album of completely original material planned for 2020, Dan Reed Network seem intent on continuing the upward trajectory of their current resurgence by not just sticking to their old material. And when they are having this much fun then why wouldn’t they? I said it earlier on and I’ll say it again now, it’s impossible not to get caught up in the infectious joy of their performance. It doesn’t matter whether your usual preference is sweaty mosh pits, strobe lit raves or ballroom dancing, you should see Dan Reed Network live.