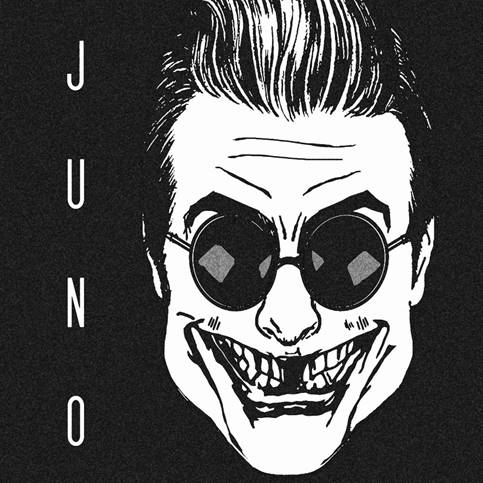 Salvation Jayne continue to build on their already series of releases with fantastic new single ‘Juno’. Built around an inspired drum groove, ‘Juno’ is riff-driven and hook-filled, showcasing the depth of Salvation Jayne’s exemplary song-writing. The single is out on November 8th, accompanied by another typically stylish Salvation Jayne video.

Salvation Jayne are a young, forward thinking, female driven rock band with a distinctive dirty sound, and are steadily making a name for themselves in the UK music scene due to their charisma and energetic live performances.

By mixing elements of rock, nu-wave and blues, Salvation Jayne have created their own heavy, dynamic and edgy style, inter-woven with dark lyrical themes which often take influence from a wide-reaching array of sources, including TV shows such as American Horror Story and Dexter.

Formed in 2013, the band have worked tirelessly, releasing a handful of creative videos and unmissable music that has seen the quartet build a burgeoning and loyal fanbase. Salvation Jayne have paid their dues and have earnt the admiration and respect of music critics far and wide, whilst continuing to grow a large and supportive fanbase.
Salvation Jayne have built up a formidable live reputation too, hitting stages in legendary venues across the country and at several prestigious venues and festivals.