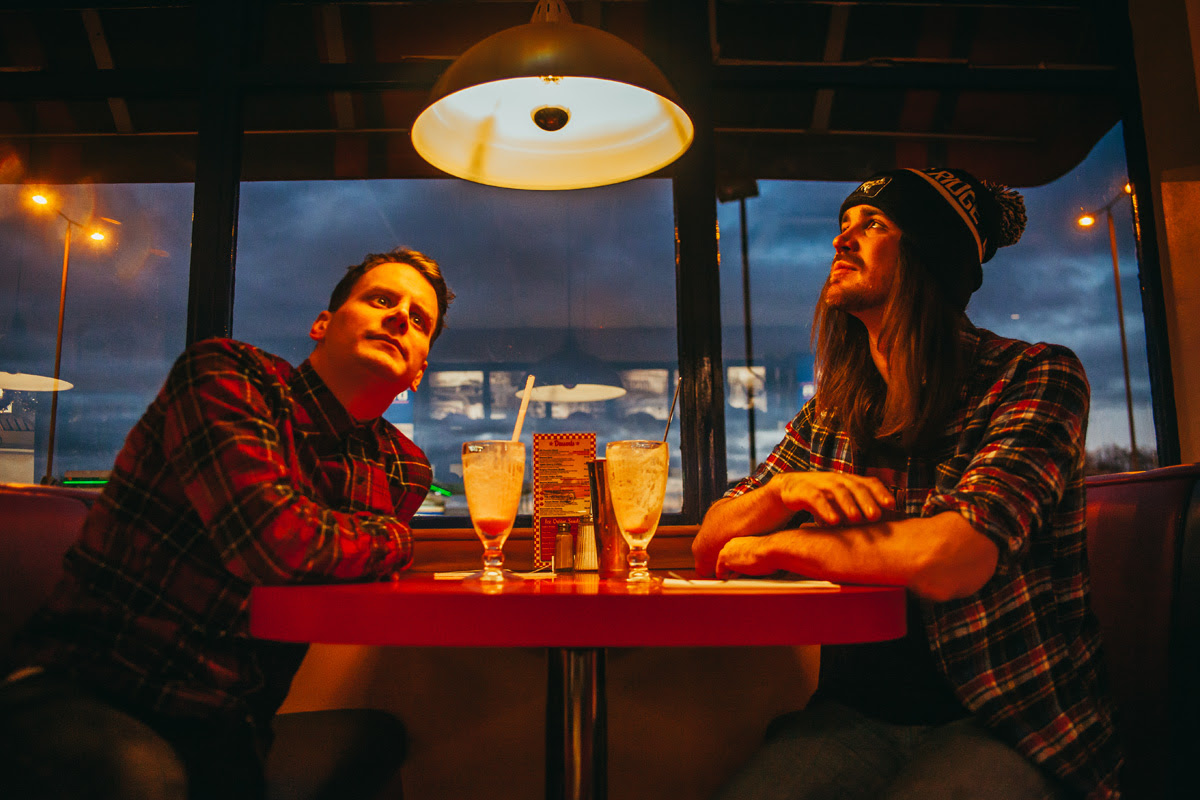 It’s a double helping of goodness from Nottingham’s HAGGARD CAT today.  They’ve released another dose of riffage from forthcoming album ‘Challenger’ in the form of “Goldberg”.  Plus the Nottingham duo have also revealed the ‘Challenger UK Tour’ which will see them play 12 shows up and down the country in April and May.

It’s actually quite apt that they should release this song on the same day as announcing the tour.  As vocalist/guitarist Matt Reynolds explains, “Goldberg is a very personal song to us.  The lyrics deal with how touring and expectation cause deterioration of mental health and how our perception of ourselves on the road can lead to toxic behaviour.  Although this might sound quite reflective, it’s actually a very positive song about being more self aware and pulling through to the other side.  Musically, it’s also one of my personal favourites; focusing on the time signature still makes my head spin and I can’t wait to get out on the road to play that chorus riff nice and loud!”

He continues to talk about the long awaited tour dates, “We’ve been keeping these songs under wraps for so long now that we can’t believe it’s finally almost time to push the album out into everyone’s ears!  To celebrate it we’re doing a big old-fashioned DIY tour of the UK around some of our favourite venues with some of the UK’s best underground promoters.  There’s going to be a lot of old friends and new faces alike, not to mention a fuck tonne of riffs in some of the UK’s most exciting and energetic tiny sweatbox venues.  It’s going to be sick!”

‘Challenger’ is set for release on 20th April via Earache Records and the duo (completed by drummer Tom Marsh) have already released “Bone Shaker”, “The Patriot” and“American Graffiti”.  These killer tracks have been enjoying national airplay on BBC Radio 1’s Rock Show and BBC Introducing, as well as playlisting at Kerrang! TV.  On top of the Challenger UK Tour, HAGGARD CAT have some Rough Trade in-store appearances lined up leading into the album’s release and will also be performing at the wildly imaginative Boomtown Fair this summer.