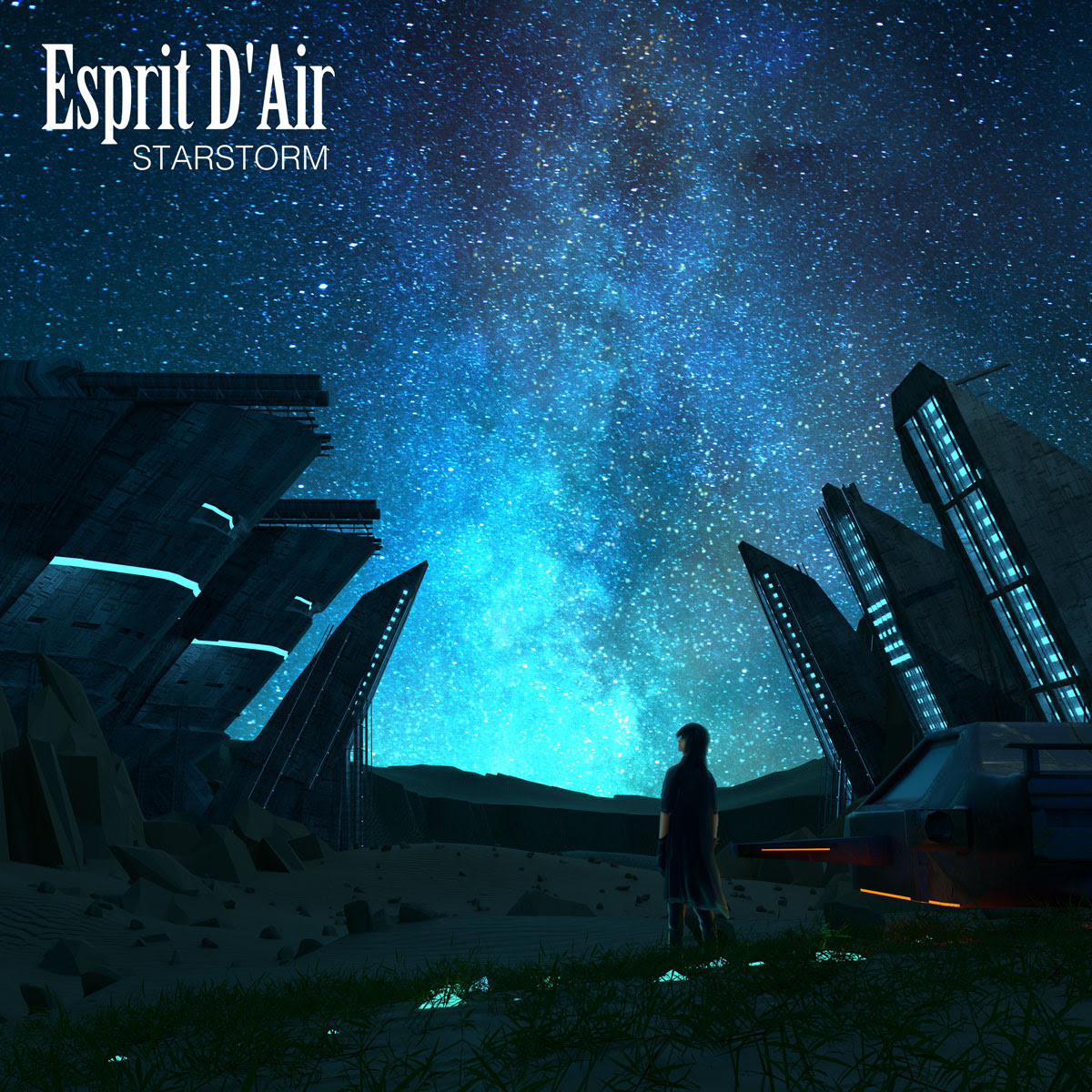 J-rockers Esprit D’Air are back with their new high-octane synth rock single and music video, ‘Starstorm‘, which sees it’s worldwide release today, 26th January 2018.
‘Starstorm’ is a track from their Amazon Best-Selling Hard Rock & Metal album, Constellations, and the single version is remastered by Metropolis’ Stuart Hawkes, who has worked with big names from Japan, such as Miyavi , Sugizo (X Japan , Luna Sea), and Mika Nakashima, as well as Pendulum, The Prodigy and Enter Shikari.
Following the tradition of their previous releases, the ‘Starstorm’ music video brings together their music and art. The lyrics and artwork depict an otherworldly story of a man in a deserted world struggling to fulfil a promise he made to a friend. He then sees a starstorm, which shows him visions and memories from the past, motivating him to continue and carry out his promise until the very end.
The single release is accompanied by a nightcore/drum and bass remix by Shudan, who remixed ‘Snow’ by Boom Boom Satellites (Sony Music Japan, JPU Records) on their 15th-anniversary release, Embrace.
https://www.youtube.com/embed/KvA0EN3YkyI
Esprit D’Air are embarking on a 7-day headline tour in the UK in February 2018 to celebrate the release of their album, Constellations.

Get along to one of the following shows:

Tickets are on sale now via See Tickets.