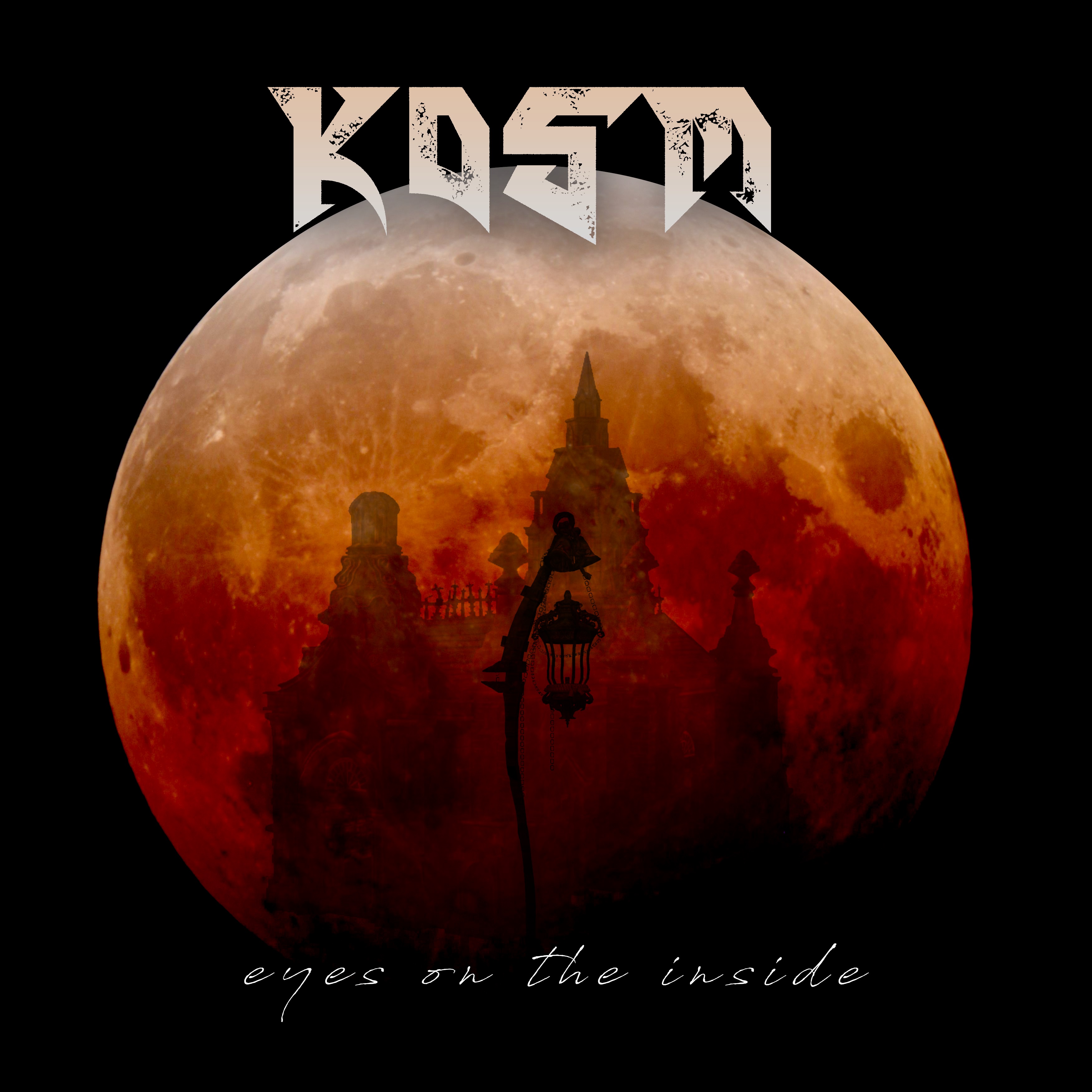 KOSM, a progressive metal band from Canada, have released their new EP “Eyes On The Inside” on 28th June 2019. The band are as unique as they are quirky. Each record they have released has had a theme – this time it’s popular video game “Bloodborne“. At first I was quite sceptical, as the only bands I’d ever really listened to which had particular themes had been jokey/comical bands. As a progressive metal band, I wasnt sure how this would work out. However, I was pleseantly surprised by KOSM’s self release.

The band claim their top influences are Tool, Mastodon, Gojira and A Perfect Circle.

I am immediately impressed. “Yharnam” is the first track, and I am already thinking Otep, Epica and iwrestledabearonce. The lyrics are impactful, the flow of the song fits and I want to listen to the rest already. Jessie Grace, vocalist, is showing her talent from the get-go. Having such a strong female lead is really a treasure, and I can’t fault the song. It’s definitely my favourite track off of the EP. The lyrics are dynamic and descriptive, and well executed. If you haven’t played Bloodborne, then this song will make you want to.

“Clocktower” has a more Evanescence intro, but awakens into something much more heavy. Here I can also hear the slight Mastodon influence, which really works for KOSM.

“A Call Beyond” is a little bit different from the first two tracks, with a lot less clean vocals. For me, this was probably the weakest song of the EP. I feel that the sound doesn’t match up as well with the rest, which lets it down slightly. Nonetheless, the lyrics are still very well written and in-theme.

Track four, “Old Blood“, is a whopping 6:58 minutes long. I love the intro, it’s straight in there with great guitars and strong vocals. KOSM mix it up well with bouts of melodic guitar, and keep it fresh. It’s heavy, and makes you want to move. The song doesn’t feel dragged out, and it changes but doesn’t try to compact too many sounds into one track. There’s a lot of game reference here too.

Finally we have “Eyes On The Inside“. I think that this track definitely brings something else to the EP, and finishes it off nicely. It remains heavy, even with more clean vocals, and doesn’t take away from the record. This track is another example of great lyricism and Jessie’s raw power as a front-woman.

– “Yharnam”
– Unique
– For a record which is based off of a game, the lyrics aren’t cheesey or too obvious

Overall, I loved this EP! Everything worked and came together. It was refreshing, powerful and I believe the band will go far. When is the debut album release?

You can find KOSM on social media.