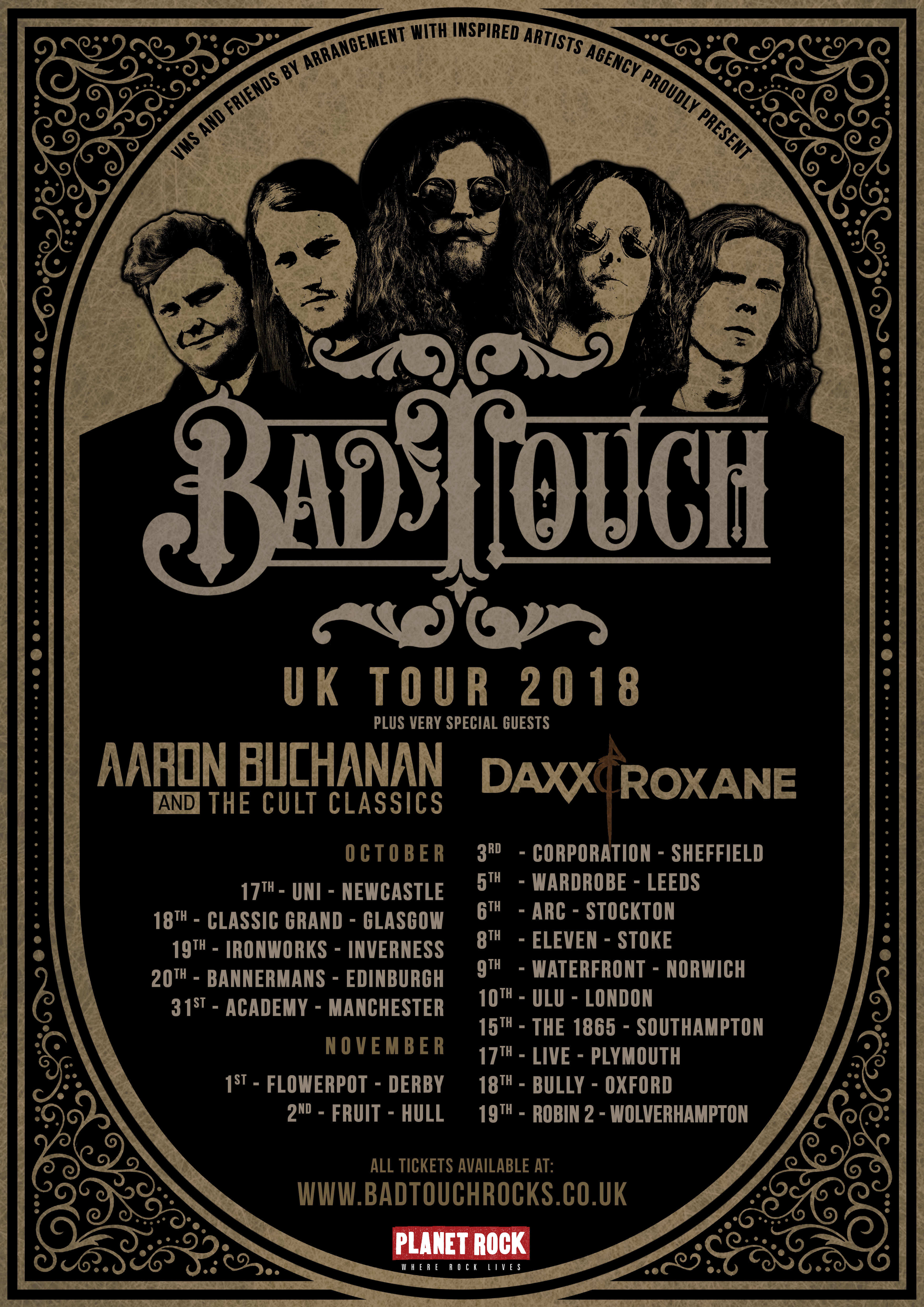 Bad Touch originally formed in 2010 and built a reputation for their dynamic live shows, making them one of the “must-see” acts at many local venues. They have a busy Summer ahead of them playing numerous festivals including Ramblin’ Man, Wildfire, Amplified, Cambridge rock Festival, Weyfest and many more. The band are comprised of Stevie Westwood (lead vocals), Rob Glendinning (guitar) Daniel Seekings (guitar), Michael Bailey (bass) and George Drewry (drums).

Aaron Buchanan & The Cult Classics were formed by the former Heaven’s Basement frontman in mid 2016 currently comprising of Tom McCarthy and Laurie Buchanan on guitars, Mart Trail on Bass and Paul White on drums.

The Cult Classics critically acclaimed album “The Man With Stars On His Knees”, released on 26 May 2017 with huge support from Planet Rock Radio and Kerrang along with appearances at both Download Festival and Ramblin’ Man Fair.