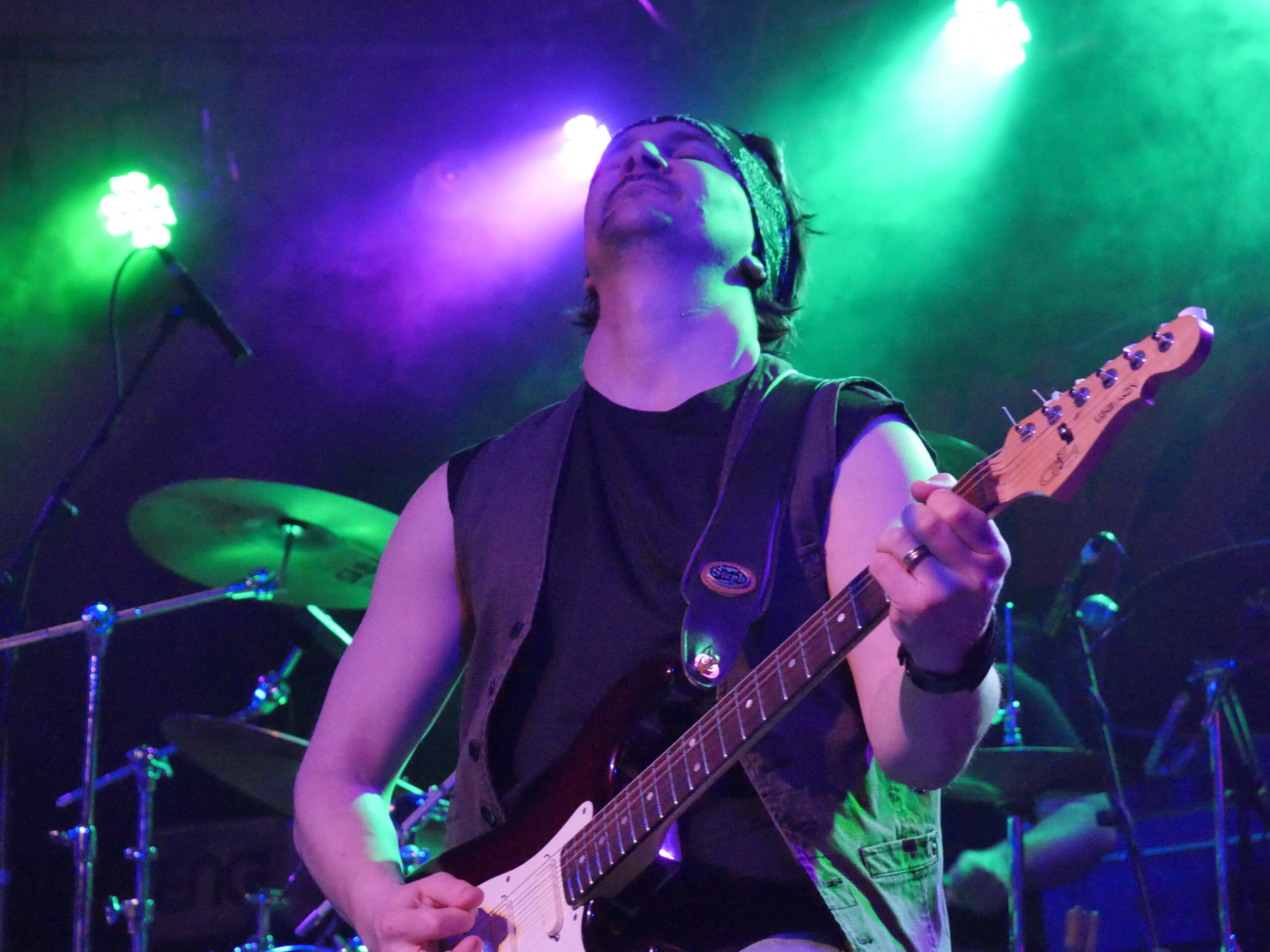 The Robin in Bilston has become quite a focal point for Midlands based Prog gigs in recent years, even though the majority of these happen on a Sunday and with work the next day, (not that I’m attributing this as the ONLY reason btw) it is maybe not surprising that turn-out is often poor, especially for the lesser known bands. Fortunately, this is NOT the case tonight…..

Personally, this was the first time I’d seen Mystery, but had dealings with Midnight Sun as they played my very first festival “Fusion 2018” on March 31st !!

The original bill had Presto Ballet opening the evening proceedings, but due to family issues, they had to pull out, so our old friend Damian Wilson stepped in. The evening kicked off around 7.40pm after an introduction from Stephen Lambe. Damian took to the stage armed only with an acoustic guitar and microphone, this was a side of Damian I’d not seen or heard before as my past experiences were from Rick Wakeman, Threshold and Headspace gigs !! He has recently been touring with Adam Wakeman to promote their new album “Weir Keeper’s Tale”. It is easy to forget that the man has quite a prolific solo back catalogue and tonight we had a number of his classics including “Written In Anger” and “Disciple” plus an Iron Maiden cover (!!) – “The Evil That Men Do” as he is also a contributor to the Iron Maiden tribute act “Maiden United”, the set finished with “Homegrown” as an encore which included a bit of audience interaction, always an entertaining front man in many ways and a man with many fingers in pies, probably one of the most powerful voices on the current Prog scene, it was indeed a pleasure.

A short break while equipment was moved around and Midnight Sun took to the stage along with a new bass player, whom I recognised from Darwin’s Radio – Sean Spear. A six piece fronted by the energetic Huw Lloyd-Jones, they currently do not have any music available to purchase (but there were a great number of Midnight Sun T-Shirts on offer on the Merch table), which is always a problem when playing live as the audience are not familiar with the songs (Yes, I was in B’ham Hippodrome back in ’74 when Yes rolled out Topographic Oceans IN ITS ENTIRETY before it was released !!). Needless to say, the band went down well with the assembled entourage as the material came thick and fast – veering more toward the “heavier” side of prog with some killer guitar from the two axemen Andy Gelband and newcomer Ben Swanwick, I for one am looking forward to checking out their debut album ! What was amusing and yet cause for concern (for the

band at least) as one song was coming to an end there was an embarrassing pause as it was not really apparent the track had ended so applause was a bit late coming, turns out there should have been a piano solo which never materialised, but the band handled it well with a sense of humour borne from the professionals they are – one of two technical bugs that plagued the evening as Mystery had problems getting the keyboard at the front of the stage to work – the gremlins were well and truly at work.

After a further 20 minute break, the band everyone had been waiting for took to the stage to tumultuous applause. Formed in 1986 by Michel St-Pere, he is now the only

original member. With six studio albums under their belt, the band have gone through a number of line-up changes, it’s literally only been the last 4 years that the band have achieved a level of stability and the on-stage chemistry reflected this as it was very obvious the guys were having a blast !!

New front man, multi-instrumentalist Jean Pageau, is a very worthy front-man, jumping between keys, flute and microphone interacted with the rest of the band throughout the set. Founder member Michel planted himself on the left of the stage, belting out the riffs and bouncing off second guitarist Sylvain Moineau creating some kick-ass dual guitar sound throughout the set. Every member of the band went above and beyond, with a set that pulled on material from their back catalogue, looking round there were more than a few who knew the words !!! The band was among friends……

It was great to see a Prog band that actually LOOKED like they were glad to be there and having a good time rather than just appear, play their set and leave, with the odd “thank you” between numbers. Some great interaction with the audience, killer tunes and even an encore, if you enjoy Mystery, you would have been in your element. If not, you’d have probably walked away a fully signed up member of their fan club !!! With tour T-shirts, their entire CD collection and the brand new live DVD on the merch table, you  had no excuse to walk away empty-handed, an outstanding set from a very under-rated band….