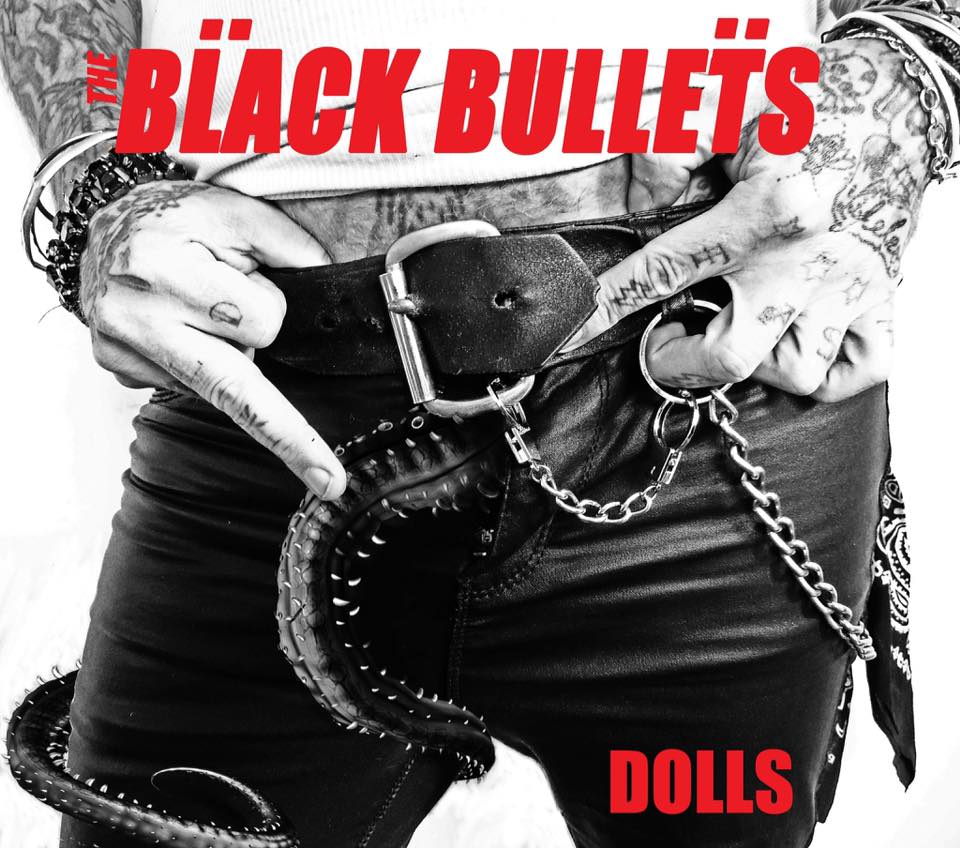 Brit Rock ‘n’ Roll crew, THE BLACK BULLETS continue their attack on the UK with the release of their brand new single, Dolls, which arrives on Friday 12th January via Animal Farm.

The Black Bullets have been described as five bastard children from hell, locked together to produce the filthiest Rock ‘n’ Roll to penetrate human ears. In a world consumed with glossed-up half-baked celebrities and pretenders, The Black Bullets are the real deal; they live, breathe, and consume Rock ‘n’ Roll.  Since their inception in 2012, the fiery five-piece have suffered high and lows, from fallouts to personnel departures, and everything in between. Like a hurricane, with every hurdle thrown in their
path, The Black Bullets forge through and keep on progressing. So far, the band have released a glut of EPs to much underground acclaim, most notably 2013’s Bullet Through Your Heart, Bulletproof (2015), and 2016’s Bombshell EP. The hellraisers have also toured throughout the whole of Europe, sharing
stages with The Anti Nowhere League, UK Subs, Vibrators, Warrior Soul, The Main Grains, and more recently Love / Hate, Lita Ford, LA Guns, and Michael Monroe.

Never ones to sit on their hands, The Black Bullets are planning a European and UK touring assault for 2018; stay glued to the band’s social pages for details – https://www.facebook.com/TheBlackBulletsUK/ . Also, look out for their new single, Dolls, which drops everywhere on 12th January.